Do More Dimples on a Golf Ball Make It Better? 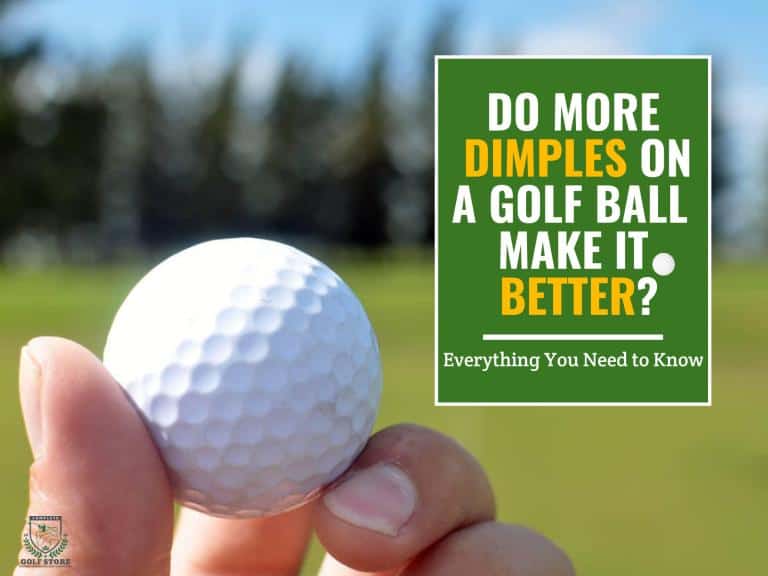 When it comes to golfing, the launch conditions, though short-lived, can have a major impact on the results. Although this lasts for a fraction of a second, the impact that happens between the golf ball and golf club helps determine the velocity, spin rate, and launch angle.

As a result of this brief contact, the trajectory of the ball is fully controlled by the aerodynamics and gravity with the golfer having no further contribution from there. However, the question that many people ask is whether having more dimples on a golf ball can have any impact especially in making it better.

As a basic in the ball manufacturing process, it’s important to note that its design, especially the dimples, can have eds to a huge impact on the ball flight aerodynamics.

These dimples are absolutely essential, but the market is awash with different golf balls with varying amounts and designs of dimples which leaves the question, which one is the best? Is a golf ball better because it has more dimples or is it just a theory? We seek to answer this question in this article.

Does Having More Dimples Make a Golf Ball Better?

Although the number of dimples on a golf ball may look unsystematic and inconsequential, the truth of the matter is that they are strategically and intentionally designed and distributed all across the ball. The number is carefully determined with the hope of increasing the golf ball’s efficiency.

However, this does not necessarily mean that the more the dimples the better the golf ball. While the number of dimples is impactful and important, their dimension is more important and worth considering.

Having too many dimples on the ball will translate into more drag while fewer dimples will result in an irregular flight trajectory. While the number of dimples is essential, having too many can have a negative impact on your game.

The number of dimples found on a golf ball is determined specifically by the manufacturers, and this is intended to affect some specific characteristics of that particular ball while in flight. In most cases, a golf ball has between 300 and 500 dimples. So, the question is, which one is better and should you use it?

The Impact of Dimples on Your Golfing Experience

If you want the ball to move faster through the air, then you will need to have less drag and this will only be possible if you have a lower number of dimples.

It’s good to note that the ball faces some considerable amount of resistance as it flies through the air and for it not to be slowed down, then you will need a ball that has fewer dimples thus giving it minimized drag. The number of dimples may change your gaming experience however, there are specific golf balls per category of golfers. There are golf balls for ladies, beginners, and seniors.

Do Dimples Affect How Far the Golf Ball Will Fly?

The placement of dimples on the golf balls is purposely and specifically meant to change the aerodynamic qualities of the ball when it’s in the air. The distance that the ball covers is obviously one of these properties.

Dimples can determine how far the golf ball will fly and without them, the ball will not be able to spin properly and have a lot of drag while in the air. When considering the distance covered by golf balls with dimples and those without, the variation is considerable and this has been proven.

The dimples are purposely designed on the surface of the golf balls as part of the manufacturing process to affect the flight of the ball and this includes the distance the ball will cover once hit. The dimples achieve this by causing the ball to spin while in the air.

As the backspin motion takes place, it forms a low-pressure zone underneath and behind the ball thus pushing it upwards.

This causes the ball to stay longer in the air while still in motion. Staying longer in the air enables the ball to move a little bit further, something that works to the advantage of the game for the golfers. The dimples should however be well designed so as to facilitate better spinning and greater distance coverage. This principle is generally known as lift.

The better lift a ball has as a result of its rotation while airborne, the greater the distance it covers before dropping to the ground. As such, dimples have an effect on the amount of distance that a golf ball can cover.

Here is an educational video (4 minutes 54 seconds) from United States Golf Association (USGA) that explains the science behind golf balls. The video further explains how the dimples on golf balls affect their aerodynamics.

The variety of golf ball brands available is as wide as you can imagine. These different golf balls come with a different number of dimples and patterns. Considering that these are professional balls, one may wonder how many dimples they have and what makes them ideal for professional golfing.

For starters, the 2020 PGA tour used golf balls designed with between 322 and 376 dimples. We could consider this margin to be a bit narrow, especially considering that a regular golf ball has a range of between 300 and 500 dimples.

With this in mind, it would mean that professional golf balls fall under a particular variety, with professional golfers having a specific preference when it comes to dimples.  One of the reasons why pro golfers would prefer golf balls with that kind of dimple range is that they are able to have better control over the ball during the game.

However, players with less experience may opt for less spinning or slower-moving balls for obvious reasons. Being a pro golfer gives you the ability to know how best to take advantage of these features, for the best outcome. Pro golfers would prefer golf balls with that dimple range as they offer superior height, the best backspin, better ball loft, and also incredible flight control.

What Would Be Considered the Best Dimple Range on a Golf Ball?

If you’re in the market looking for a golf ball, either for regular or practice use, then the answer to this question would be very important. The range of dimples found on the golf balls is wide, with some offering few while others have many.

While opinion could be divided based on who you ask, the optimal number of dimples would be determined by so many factors and the golf player as well. Some golf balls offer a dimple range that has a better drag and lift balance, but critically speaking, no particular number could be said to be superior to the other. As aforementioned, the number of dimples on a golf ball isn’t the most important feature to consider although it has a role to play when it comes to golfing.

The most important aspects to consider when looking for a golf ball should be the size, edge angles, shape, and depth of the dimples.

A good golf ball should have dimples ranging between 320 and 430 and this would be considered the optimal range. Having more or fewer dimples could greatly affect the ball control and your golfing experience in particular.

When considering the dimples on a golf ball, the most important factor to look at should be the patterns. The pattern of the ball dimples plays an important role when it comes to aerodynamics thus dictating the ball spin, trajectory, distance, flight stability, and ball speed among others.

Choosing the best golf ball is tantamount to choosing the best Pickleball paddles or basketball, in that you have to consider several factors before settling on a specific brand. The golf ball dimples should be rightly sized and their depth should also be proportional as this determines the spin and this has an impact on the lift.

Each of the different features is closely interconnected and has an impact on what happens right from the time you hit the ball all the way to the time it lands on the ground.

The dimple layout helps determine the stability and trajectory of the ball when in flight as well as the kind of a drag it will experience while in the air. It also determines the launch height once the ball is hit and as such you should be concerned with that as a priority.

More dimples on the golf ball do not translate into a better ball. Their design and layout are what should concern you more, as this determines the kind of performance your ball has during the game. 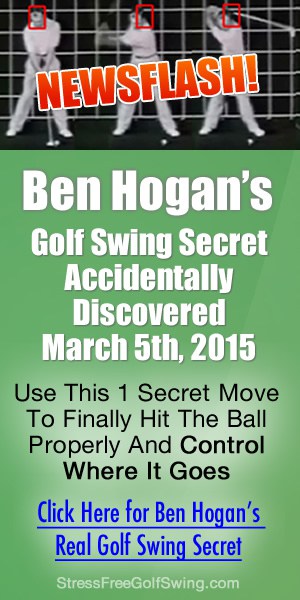 What Is an Eagle in Golf and How to Score One

Difference Between A Launch Monitor And Golf Simulator - Explained